This entry was posted on December 14, 2019 by gigarefurb. 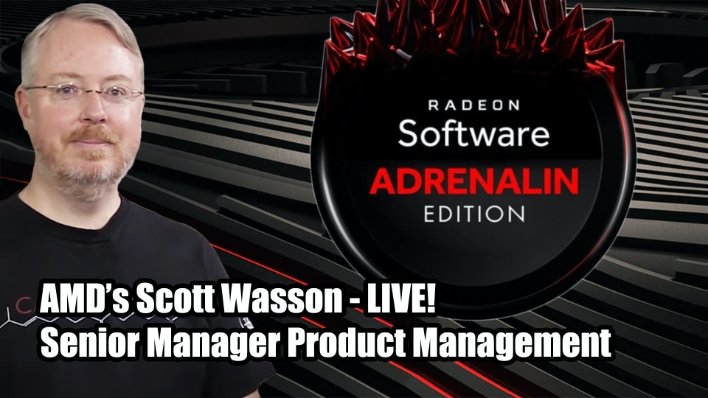 For this latest installment of HotHardware's 2.5 Geeks, our mainstays Dave and Marco have a nice chat with Scott Wasson of AMD, who serves as a Senior Manager, Product Management for the Radeon Technology Group. As such, he's just the perfect guy to talk to about AMD's new Radeon Software Adrenalin 2020, which launched earlier this week for Radeon GPUs.

Scott gives us nice behind the scenes look into the thought process behind this new software package and what the team hoped to achieve from a performance standpoint. He also gives some insight into what was done to improve usability and reliability for gamers, while giving us a rundown on some of his favorite aspects of Radeon Software Adrenalin 2020.

You can check out our full interview with Scott Wasson above, and read out in-depth article on Radeon Software Adrenalin 2020 right here. And as mentioned out our 2.5 Geeks webcast, be sure to enter out 20th anniversary giveaway for your chance to win custom, liquid-cooled Gigabyte, AMD and Thermaltake-powered gaming desktop rig. Click the following link for details.