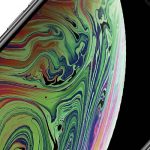 It is never too early for rumors of the next iPhone iteration, right? So it goes in the land of smartphones—leaks, rumors, and speculation constantly abound. As it pertains to Apple's bread and butter device, there is talk of a 2020 model iPhone getting a display upgrade with a refresh rate than can be switched from 60Hz to 120Hz.
Nothing is set in stone, and the chatter is not coming from Apple directly. However, moving to a 120Hz panel would give Apple an enticing bullet point to market at enthusiasts and gamers alike. As it stands, the majority of smartphones that have a 120Hz display (and there are not a ton of them) are gaming phones, like the just-announced ASUS ROG Phone II.
Outside of the realm of gaming, there are handsets like the OnePlus 7 Pro, which has a 90Hz panel. Apple could potentially one-up it. That's assuming a 120Hz display comes to fruition in Cupertino. According to notorious leaker Ice Universe, "Apple is considering a switchable 60Hz/120Hz refresh rate screen on the iPhone in 2020, and is discussing with Samsung and LG."

Ice Universe has not traditionally been plugged into the iPhone scene or Apple landscape in general, but has a long history of leaking information about Samsung devices and other Android handsets (in that order). Based on that, the information is at least plausible, especially with the caveat that Apple is "considering" a display with a higher refresh rate, as opposed to having outright decided upon it.

One thing that is interesting to note is that Samsung is not yet using 120Hz displays on its own phones. Supplying them to Apple for the iPhone without also adopting them on its own Galaxy family would be an interesting move. Of course, it's also possible that Samsung would upgrade its phones around the same time as well.
In any event, there is not a shortage of speculation on Apple's 2020 iPhone lineup. It's also been said that Apple could bake in support for 5G connectivity next year, while also ditching the TrueDepth display notch. In addition, analyst Ming-Chi Kuo recent predicted that Apple's 2020 iPhone lineup would feature 5.4-inch and 6.7-inch OLED display options.