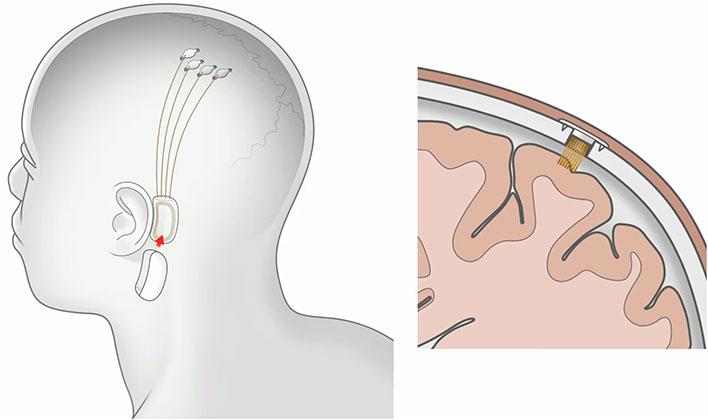 During his record breaking Jeopardy run, it was hard not to think that James Holzhauer's brain was, at times, like a computer. The dude is smart. Through his Neuralink company, Elon Musk is envisions turning brains into actual computers, in a sense, through tiny implants as part of a revolutionary brain control interface (BCI).

This is wild stuff, though not all that surprising—Musk hinted at what his Neuralink venture was working on when he founded the company in 2017. It was always known that the end goal was to connect the human brain to artificial intelligence (AI), though the details were sparse. Why? In Musk's words, the "existential risk is too high not to."

"How much smarter are you with a phone or computer or without? You're vastly smarter, actually. You can answer any question pretty much instantly, any calculation, that your phone's memory is essentially perfect. You can remember flawlessly. Your phone can remember videos, pictures, everything perfectly. Your phone is already an extension of you. You're already a cyborg," Musk said.

"Most people don't even realize, you're already a cyborg. That phone is an extension of yourself. It's just that the data rate, the communication rate between you and the cybernetic extension of yourself that is your phone and your computer is slow, it's very slow. It's like a tiny straw of information flow between your biological self and your digital self, and we need to make that tiny straw like a giant river, a huge, high-bandwidth interface," Musk added.

Now we know how he plans on going about completing our transformation into a better cyborg. The technology was laid out during a livestream presentation (embedded above). It's fitting that a key part of the procedure involves a robot contraption. The machine uses high-end optics to see into 8mm holes drilled into a person's skull, and then guides 'threads'—tiny wires that are a quarter the width of a human hair—inside. Each thread contains dozens of electrodes.

This procedure has already been performed on at least 19 animals, with an 87 percent success rate. One of the recent patients, a white rat, was able to transmit its thoughts to a nearby computer where its brain activity was recorded and analyzed. It's not just rats that have been the subject of these tests, though.

"We definitely need to address the monkey in the room," Musk said. "This is a sensitive subject. A monkey has been able to control a computer with its brain."

There is a smaller gap when it comes to porting technology from primates to humans versus rats and rodents to humans. That is the next step, provided Musk and his team can get approval from the US Food and Drug Administration to begin human trials.

To what end? Musk envisions this technology helping amputees and even restoring sight in people who are blind. It might also help us get a better understanding of the human brain as a whole, among other potential benefits.

it's all promising, at least until hackers ruin the fun. Imagine a new form of ransomware that threatens to wipe your brain unless you pay up. Sounds farfetched, sure, but so did Neuralink's technology at one point.