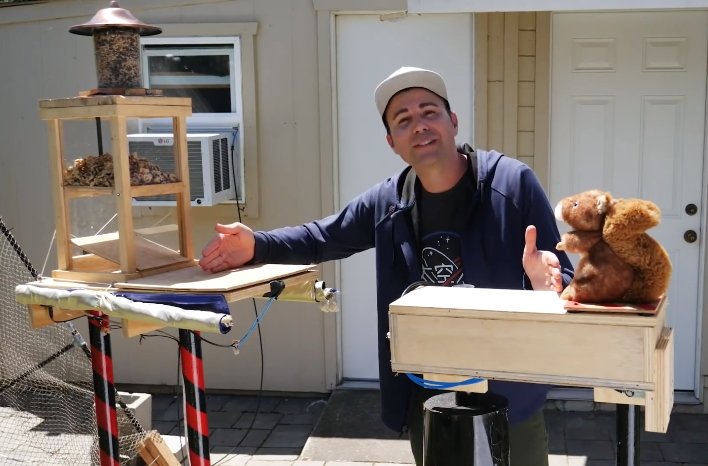 There’s no question that former NASA engineer Mark Rober a gift from the geek gods, and a person that no one should EVER cross. We’ve seen his science- and tech-filled hijinks against porch pirates on multiple occasions, and now he’s going after another class of pirates – only these thieves aren’t human.

We’re talking about squirrels, of course, who are known for their aerial acrobatics, devious nature, and never-ending quest to ravage bird feeders for tasty seed. Although there are a number of bird feeders on the market that are “designed” to be squirrel-proof, nearly all of them are no match for a wily squirrel. Rober found this out the hard way after buying a number of these bird feeders from Amazon, only to watch the squirrels time and time again find a way to either break the devices or simply knock them off their perch to raid the bird seed goodness.

I think you know where this is going… Rober used his engineering skills to devise an obstacle course that makes is hard as hell for the squirrels to get to their golden ticket at the end – a delicious prize of bird seed and walnuts (a squirrel favorite). It’s an epic combination of part American Ninja Warrior and part Wipeout.

There are a number of challenges including the “Bridge of Instability,” which is a foot bridge that is only attached via one point at both ends. There are a number of other delightful obstacles like the pitchfork tumblers, and pressure sensors that either drop the squirrels to the ground or launch them into the air. 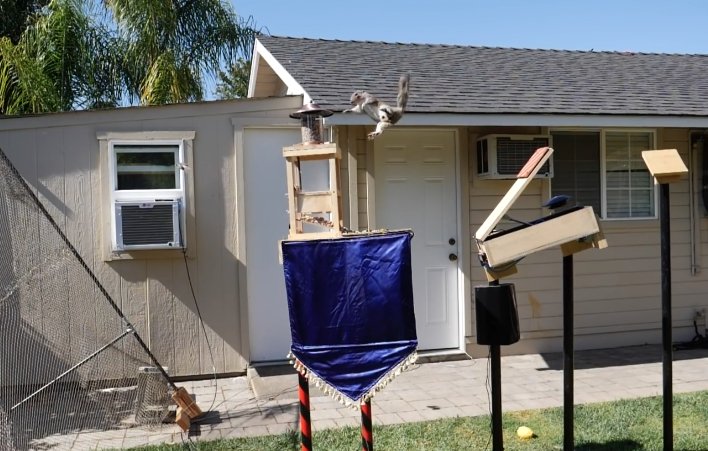 We’re not going to give everything away, but we suggest that you watch the ENTIRE 21-minute video, because it’s absolutely hilarious from start to finish (just like Rober’s previous videos). And for those that make it all the way from the early bird feeder trials, to the explanation of the obstacle course, to the eventual squirrel “contestants” that show off their skills to bust that final nut, the payoff is tremendous.

With that being said, kudos to you, Mark Rober, you are a gentleman and a scholar. “Good Night, and Big Balls!”