This entry was posted on December 11, 2019 by gigarefurb. 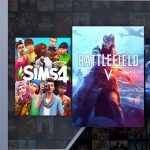 If you have been on the fence about giving Origin Access a whirl, Electronics Arts has an offer that might be tempting enough to pull you in, at least for a month. From now until December 16, new subscribers can sign up and pay $0.99 for the first month, after which the price reverts back to its normal $4.99/month fee.

EA is hoping to lure users over to its subscription for the holidays. Maybe you will have some downtime from work, and if that is the case, getting cozy with over 200 games for a buck is not a bad proposition, especially if you live a part of the world where it's cold and snowy outside.

This latest offer applies to the Basic tier, which gets you access 243 games, early access to upcoming games (limited to 10 hours), and 10 percent off Origin purchases. It normally runs $4.99/month or $29.99/year (the latter is unaffected by this promotion).

There's also a Premier tier that runs $14.99/month or $99.99/year. It's similar in nature, except the catalog of games is slightly bigger at 255, and there is no time limit imposed on early access titles. in addition, extra content is included with new games (minimum $20 value for each game).

There are quite a few noteworthy games that are included with the Basic tier, including Anthem, Battlefield V, Dead Space 1 and 2, Batman: Arkham Origins, Burnout Paradise Remastered, Need For Speed Payback, Star Wars Battlefront II, The Sims 4, Mass Effect Andromeda, Tropico 6, and a whole bunch of others.

If you are interested, go here or hit the link in the Via field below to take advantage of this offer.