Google Relents And Extends Chrome Support On Windows 7 Until 2022, But Why?

This entry was posted on November 22, 2020 by gigarefurb. 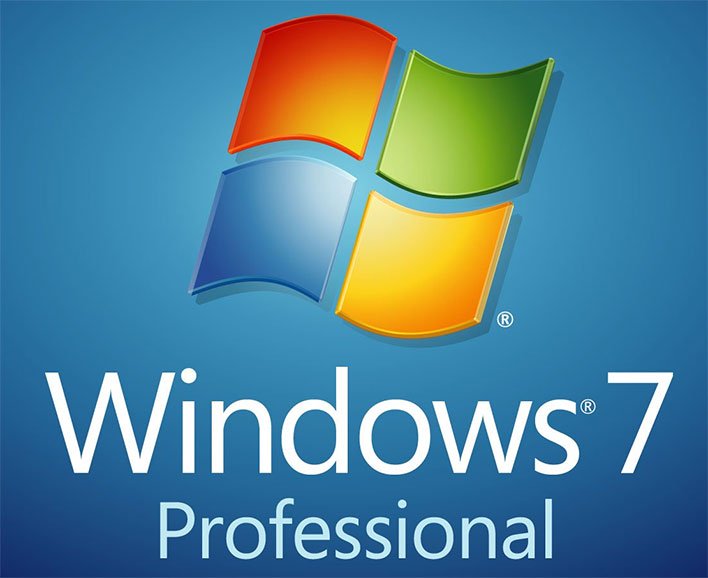 Official support for Windows 7 might have ended in January of this year, but software support for Microsoft's older operating system hasn't completely dried up yet. Google still fields the world's most popular web browser, Chrome, on the platform. Originally, that was due to change in July of 2021, but the search giant has shifted its plans slightly. In a blog post, Chrome Engineering Director Max Christoff says that now that Chrome's Windows 7 support will live on for at least another six months, into early 2022.

Why did Google shift gears? The short answer is the COVID-19 pandemic. However, not every organization has been able to keep up with its plan to migrate existing Windows 7 clients to Windows 10 this year because so many offices remain closed due to the global health crisis. Christoff says that many IT departments faced new critical challenges, such as setting up a VPN for employees to securely  access corporate data, that caused them to put Windows 10 migrations on hold. 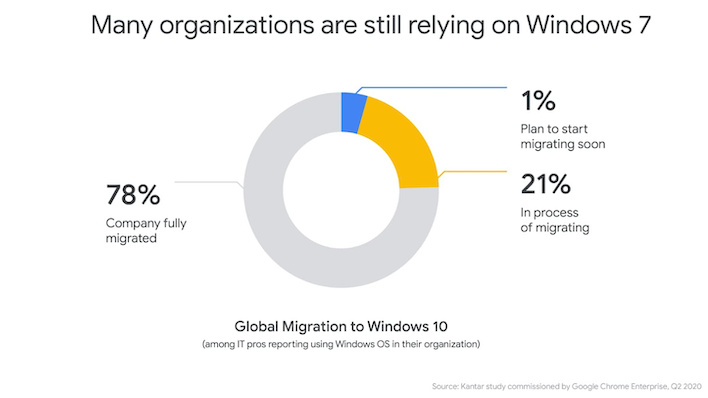 In a survey of corporate IT divisions commissioned by Google in the second quarter of 2020, more than one in five respondents that maintain a Windows environment were in the midst of a transition to Windows 10. There was even a very small minority that was still in the planning phase and had not yet begun to transition clients onto Windows 10. Since Chrome is by far the most popular browser in the world, dropping Windows 7 support would leave a lot of corporate users in a serious bind.

The original end of support date for Chrome on Windows 7 was due to be July 15, 2021. It's possible that most of those organizations will have moved on to Windows 10 by then, but Google decided to give a bit of breathing room. Had that transition not been complete by then, those users would have been left without security updates. Since web browsers are a very popular target, Google made the decision to push it back to January 15, 2022. Hopefully those businesses will have at least a few months of normal operations back under their belts and be able to finish the move.

Perhaps due to new marketing and a push from Microsoft's Chromium-based Edge browser, Google rolled out a huge update for Chrome recently. Chrome version 87 brought a lot of performance enhancements and battery savings features stemming from a focus on keeping inactive tabs from sapping performance and sucking power from the system.