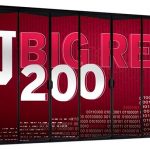 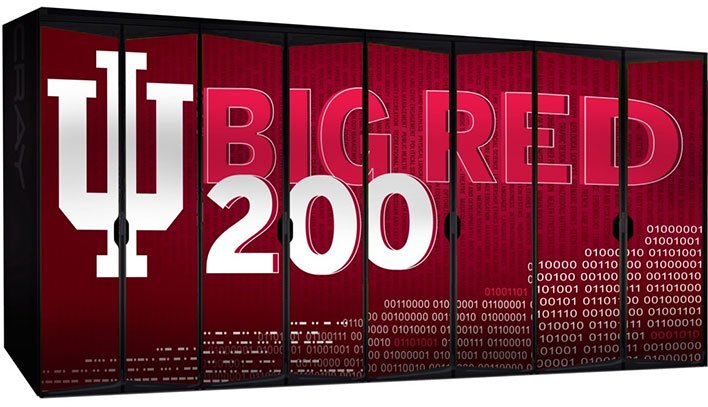 In sticking with the plan that was announced last summer, Indiana University is now the owner of Cray's first "Shasta" supercomputer. As shown in the image above, it bears the university's color scheme and is called Big Red 200, which is a tribute to the 200th anniversary of IU. In addition to oozing school pride, Big Red 200 is notable because it will rock NVIDIA's next-generation Ampere GPUs.
NVIDIA has not yet released Ampere, but is expected to soon. We have covered various leaks and rumors on the subject, as it pertains to NVIDIA's efforts in the gaming space, but Ampere will also find a home in datacenters and supercomputer applications. Or at least that is the expectation, based on what information has been shared.
Big Red 200 is being deployed in two phases. The first phase is already up and running and consists of 672 dual-socket nodes powered by AMD's EPYC 7742 "Rome" processors, each with 64 physical cores and 128 threads of computing muscle. That works out to a staggering 86,016 cores and 172,032 threads—plenty enough to play Crysis, before anyone asks.

The second phase will commence this summer. It will add more Rome processor nodes to the equation, and also next-generation NVIDIA GPUs, according to Brad Wheeler, vice president for information technology and chief information officer at IU. All of this hardware goodness will combine to drive nearly 8 petaflops of performance.

Big Red 200's infusion of next-generation GPUs is interesting because that was never a foregone conclusion. As Wheeler explains it, the original intention was to outfit the supercomputer with Tesla V100 GPUs based on NVIDIA's Volta architecture. At present, NVIDIA considers the Tesla V100 as the "most advanced datacenter GPU every built to accelerate AI."

That would have resulted in 5.9 PFLOPs of performance. However, Wheeler says IU "decided to take the machine in two phases" when an opportunity from NVIDIA presented itself "at the last minute." By waiting just a bit longer, IU could implement NVIDA's next-generation hardware in Big Red 200, and so the decision was made to go that route.

Wheeler also says IU was able to purchase fewer GPUs while still adding around 2 petaflops of additional performance by waiting for NVIDIA's next-generation GPUs. As an added bonus, going with the latest hardware could bring in more money for research.
One final word on the subject—since the plan is to add new hardware to Big Red 200 this summer, it now seems increasingly likely that NVIDIA will announce Ampere during GTC in March.