This entry was posted on August 5, 2020 by gigarefurb. 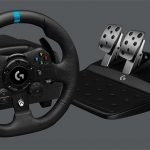 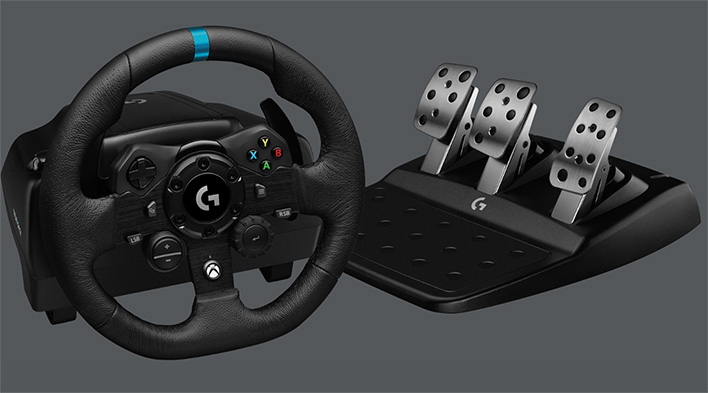 What exactly is TrueForce? In short, it's a force feedback scheme, though that is selling the technology short. Logitech describes its as a " proprietary high definition force feedback technology," which uses actual in-game physics and audio to deliver resistance and rumble in real-time, based on the action.

"A great force-feedback racing wheel can be the difference between crossing the finish line first and spinning off the track and not finishing at all," said McLaren F1 driver Lando Norris. "The new Logitech G923 wheel with TrueForce gives drivers an authentic experience behind the wheel and simulates the details we feel as racing drivers. I can feel if the rear of the car loses grip or if I’m about to spin, which gives me the best chance to quickly correct it, and stay ahead of the competition."

Indeed, the magic happens through tapping directly into an in-game engine and processing cues up to a staggering 4,000 times per second. For the best and most realistic effects, games have to support the technology, and there are a few that do—GRID, Gran Turismo Sport, and Assetto Corsa Competizione, so far.

The steering wheel assembly is made of aluminum and steel, and is wrapped in automotive-style leather stitching. There's also a 24-point dial selection to adjust traction, torque, automatic stability management, brake force, and more, along with a wealth of controls (including integrated Xbox controls) and a colored LED section in the center to show your RPM range in supported games.

As for the foot pedals, you get three—accelerator, brake, and clutch—all of which are polished to maintain the premium aesthetic. You can also reposition the pedal faces for hell-toe maneuvers.

"For the last few years, we’ve been working with sim drivers, and professional race car drivers to develop a full-featured, realistic driving experience like no other," said Ujesh Desai, general manager at Logitech G. "With TrueForce you really get to feel the road, along with all the subtle features of the race car. It truly elevates the experience, and everyone we’ve had try it always walks away with a smile!"