At CES MSI announced a bundle of new PCs and tech components targeted at gamers. Among these new products are two desktop PCs, a case, a mechanical keyboard, and a graphics card.

"MSI is devoted to gaming and our lineup reaffirms our position as an industry leader endorsed by gamers and eSports teams worldwide," said Charles Chiang, MSI's new global CEO. "We are honored to be recognized by the CES awards panel and will continue to push boundaries to achieve extreme performance, superior design, and maximum reliability." 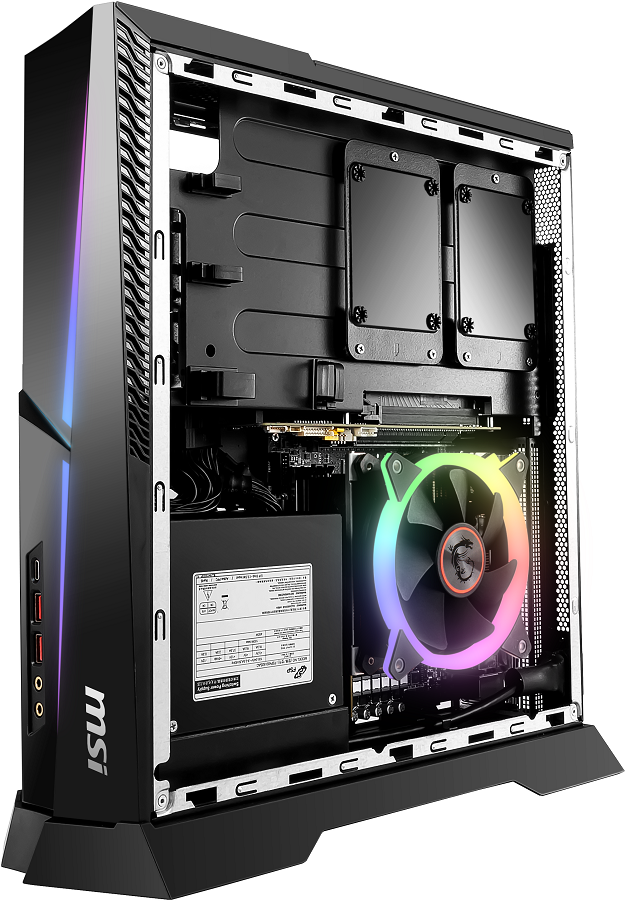 Both of the new gaming desktops announced by MSI are described as using a compact form factor, though it's unclear if these will be micro-ATX or mini-ITX systems. One of the cases is branded as the Trident X, which has a case with an internal volume of 10-liters. This system will be quite powerful with an MSI GeForce RTX 2080 Ti graphics card and an unlocked Intel 9th Gen Core processor.

The other new desktop is labeled as the Infinite S, which appears to be considerably larger than the Trident X. The Infinite S is equally well equipped, however, as it also will use NVIDIA GeForce RTX graphics cards and unlocked Intel 9th Gen Core processors. The design of this PC was focused on creating a compact and quiet gaming computer, and it utilizes MSi's Silent Storm liquid cooling system.

MSI didn't reveal anything else about these new desktops such as their storage and memory support, but it is notable that both PCs feature RGB LED lights.

The next product introduced by MSI at CES is its Gungnir 100 case, which features a tinted tempered glass panel that is 4mm thick. The case is loaded with 1 to 8 addressable RGB LED hubs that can be controlled with MSI's Mystic Light software, and the case will also be accented by an RGB fan. MSI also made this case highly customizable by allowing people to 3D print customized parts that fit their personal aesthetic taste and add these parts to the chassis. The key difference between these two graphics cards lies in their boosted operating frequency. The Gaming Trio version of the graphics card has a boost clock of 1,635MHz, whereas the Gaming X Trio model has a boost clock of 1,755MHz. This should make the Gaming X Trio card slightly faster than its non-X counterpart straight from the factory. In every other way these cards are identical though. MSI also is stepping up its efforts in the gaming peripherals market by introducing a new mechanical gaming keyboard labeled as the Vigor GK60. Just one model of this keyboard has been announced so far, which will use