Mustang Mach-E Is The Official Name Of Ford's Upcoming Crossover EV, This Is How It Will Look

This entry was posted on November 14, 2019 by gigarefurb. 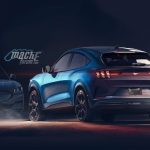 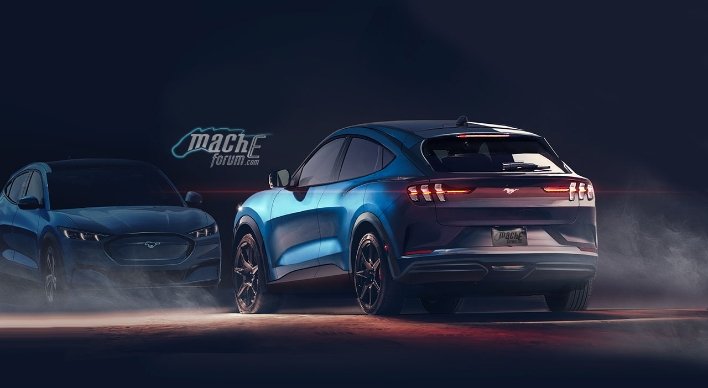 Ford's first efforts with an all-electric vehicle -- the Focus Electric -- wasn't exactly a hit with the buying public. However, the company is looking improve greatly upon that compromised vehicle with the launch of it first vehicle that was designed from the ground-up to be electric.

Today, that vehicle has a name: Mustang Mach-E. The Mach-E portion of the name is not surprising given previous reports, but it is interesting to see that Ford is actually using the Mustang name to market the vehicle. The Mustang Mach-E might draw inspiration from its namesake, but the Mustang name has always been applied to two-door coupes, fastbacks, and convertibles. 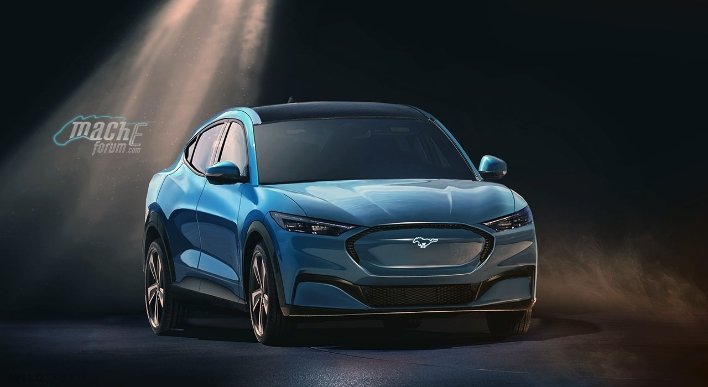 How will the Mustang faithful react to the storied name being applied to a four-door electric crossover that will probably be pushing close to 5,000 pounds? That remains to be seen, but Ford is most definitely amped about the prospects of this vehicle.

Ford says that it will officially unveil the Mustang Mach-E at an event in Los Angeles on November 17th. The event will be live-streamed on YouTube, and actor Idris Elba will be on hand to help launch the vehicle. According to Ford, it will open preorders for the Mustang Mach-E at 9:30pm ET and will be accepting $500 refundable deposits. 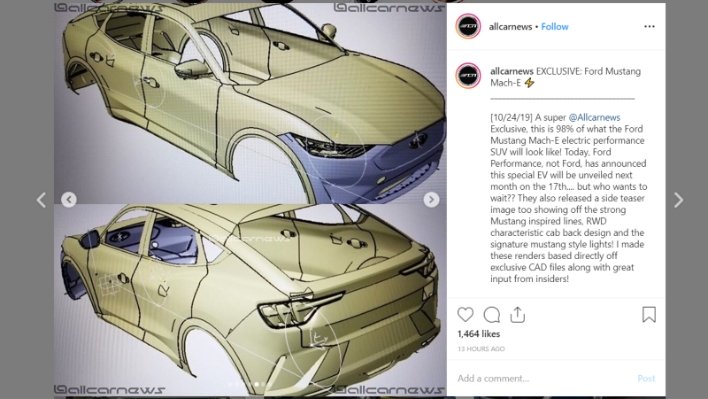 The render at the top of this article is based on CAD leaks and test mules that have been spied running around Dearborn, Michigan. It definitely has muscular good looks, and the back of the vehicle in particular takes clear inspiration from the Mustang.

Although Ford hasn't revealed any specifications for the vehicle, rumors suggest that the Mustang Mach-E will have a driving range in excess of 315 miles with its largest battery pack and will be available in rear-wheel drive (single motor) and all-wheel drive (dual motor) configurations. Given that Mustang pedigree, we're hoping that the vehicle has the performance to match.

As for pricing, it said that the Mustang Mach-E could possibly cross the $60,000 threshold for high-performance versions, which would put it on par with the compact Tesla Model Y.