This entry was posted on September 7, 2019 by gigarefurb. 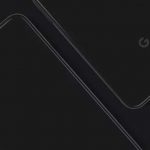 New details on Google's next generation Pixel 4 smartphone have leaked, and some details of its camera configuration appear to be rather impressive. Details on the camera include a Motion Mode supporting high speed action shots. Motion Mode is rumored to be one of the camera's significant features. The rumor also claims that the Pixel 4 camera will have improvements to Night Sight mode as well.

Motion Mode will allow images to be taken of fast-moving subjects that will render the shot target clear in the foreground while the background will be captured with the attractive blurred, bokeh effect that many people are fond of. Improvements to Night Sight include speed-related improvements and general improvements to make ultra-low light shooting better.

The leak also claims that Google will have a new mode that will be touted for taking images of stars at night. Taking pictures of the stars is said to be a part of the features pitch for the upgraded camera. What we know from previous rumors on the Pixel 4 is that there will be two rear sensors, with one of them sporting 12MP resolution and phase-detect autofocus. The other sensor will be a 16MP telephoto shooter.

Another leak claims that the Google Pixel 4 will have an 8x zoom lens and the flagship Android smartphone will rock 6GB of RAM. One of the images (above) shows the Pixel 4's camera zooming in at 8x. Previous rumors have claimed that the Pixel 4 will boast a Snapdragon 855 processor and an OLED display with 90Hz refresh rate. The standard Pixel 4 is tipped for a 5.7-inch display and 2800 mAh battery. The larger Pixel 4 XL is tipped for a 6.3-inch screen and 3700 mAh internal battery. Hands-on video leaks have also shown us what the devices will look like. As more and more of these leaks begin to surface, it's clear we're getting close to the launch of Google's next gen Pixel phones.