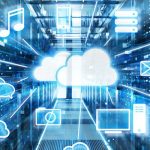 It’s not quite a backup appliance and the offering – called Pure Storage FlashRecover – marries Pure’s FlashBlade file and object storage with Cohesity’s DatProtect backup software. In terms of hardware, it will see Pure Storage FlashBlade storage connect physically to DataProtect running on white box hardware without any local storage beyond what is necessary for metadata retention.

The key selling point aimed at by the two partners – who also declared a “strategic partnership” – is the ability to effect fast recovery.

Backup has not traditionally been an area where the fastest storage is required. The most venerable backup medium – tape – is notoriously slow to restore from, and slower spinning disk has been the most likely replacement in recent years. Here, day-to-day performance has not been the most important characteristic, just that it’s online and accessible.

But that’s all changing, say Pure and Cohesity, with the advent of the need to recover quickly from a data outage for various reasons.

Chief among these is following ransomware attacks, where rapid recovery is needed but also the capacity to restore from before immediately preceding versions. Also, said Cohesity product marketing VP Chris Wiborg, there is the context of more and more organisations moving to diskless datacentres, while the requirements of DevOps mean organisations need to recover quickly to continue to innovate.

“We are seeing a lot of customers move towards diskless datacentres,” he said. “Flash prices have generally come down and there are benefits to be gained in terms of power conservation.

“Some verticals – and this is in the ransomware context – such as financial services, can lose millions of dollars a second during an outage. So, the cost/benefit analysis is easy to do there.”

Nevertheless, flash storage is still one of the most costly tiers of storage, so would customers look to place all their backup data on Pure? Again, the partners recognise that this will depend on the vertical and the use case. “Training AI models can result in massive datasets,” said Wiborg.

Customers targeted will be in the hundreds of TB or PB ranges. FlashRecover will allow for recovery of thousands of virtual machines (VMs) per day and up to 1PB of data to be backed up and recovered. The FlashRecover architecture is scale-out, just like its Pure and Cohesity component parts, so there is independent scaling of compute and storage.

Pure Storage introduced FlashBlade in 2016 as primary storage for webscale unstructured data workloads. It incorporates Pure’s DirectFlash NAND modules on single chip. FlashBlade is built for massive density, with 4U blade capacities available up to 52TB. A single system scales to nearly 8PB.

Data can be archived off to S3-compatible storage in the public cloud.

Although not, strictly speaking, a backup appliance, it will allow easy deployment of FlashRecover, with Pure as Cohesity’s backup target, while other applications will also be able to use FlashBlade as their storage.