This entry was posted on September 19, 2019 by gigarefurb. 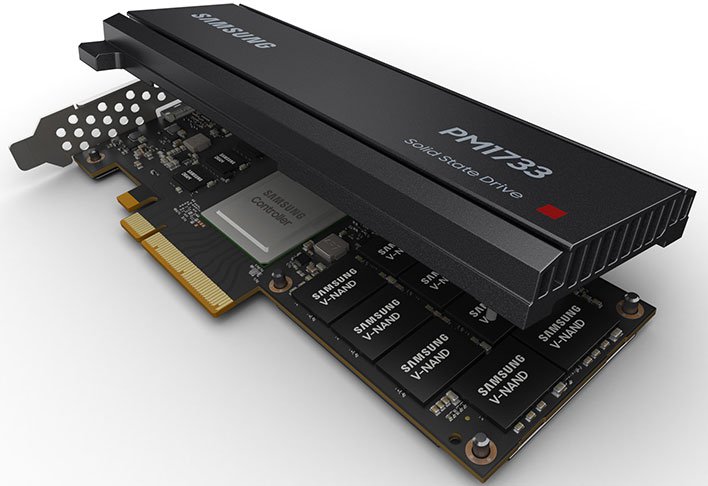 In a matter of speaking, Samsung is dipping its newest solid state drives in the fountain of youth with the promise of software that ensures these drives "never die." They are also being offered in ultra-high capacities up to 30.72 terabytes, with smaller versions cranking up the speed to 8,000MB/s for sequential reads and 3,800MB/s for sequential writes.
There are a few things going on here. For one, Samsung is building new SSDs for servers that utilize the PCI Express Gen 4 (PCIe 4.0) bus, which enables much faster performance. We have already seen this in the consumer category—there are several PCIe 4.0 SSDs that promise sequential read speeds of around 5,000MB/s, when paired with an AMD X570 platform (third-generation Ryzen). 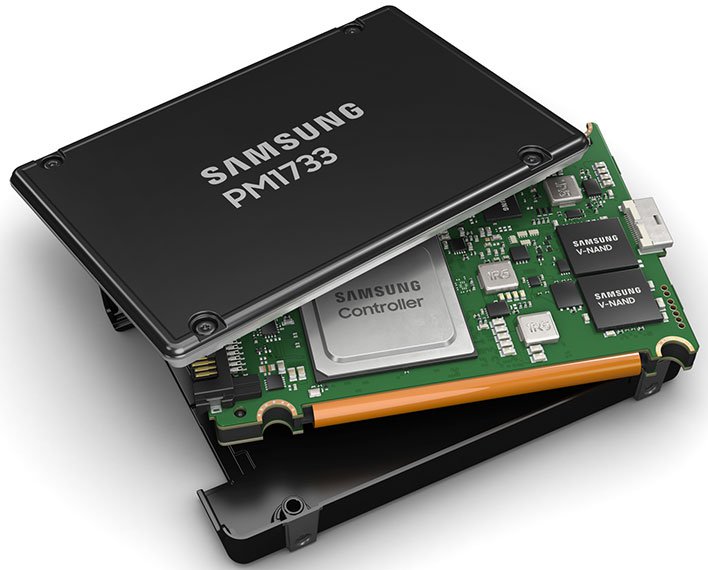 Samsung is also pushing sixth-generation NAND flash memory chips and "three software innovations," all of which are tied to its PM1733 and PM1735 SSDs, which it began mass producing last month. It is on the software side that Samsung bases its claim of a never-ending lifespan.

Specifically, the eternal youth of these drives is tied to Samsung's fail-in-place (FIP) technology, which it says "ensures a 'never-die' SDD."

"Samsung’s FIP technology marks a new milestone in the 60-year history of storage by ensuring that SSDs maintain normal operation even when errors occur at the chip level, enabling a never-dying SSD for the first time in the industry. In the past, failure in just one out of several hundred NAND chips meant having to replace an entire SSD, causing system downtime and additional drive replacement cost. SSDs integrated with Samsung’s FIP software can detect a faulty chip, scan for any damage in data, then relocate the data into working chips," Samsung explains.

"For instance, if a fault is identified in any of the 512 NAND chips inside a 30.72TB SSD, the FIP software would automatically activate error-handling algorithms at the chip level while maintaining the drive’s high, stable performance," Samsung continues.

Unfortunately, this same benefit does not extend to the consumer sector, at least not yet. For now, Samsung is focusing its never-die attitude on its datacenter drives. Here's how things shake out...

The two SSD series are being offered in 2.5-inch U.2 and half-height, half-length (HHHL) form factors. The latter are the faster of the bunch on the read side, though all of these models are relatively speedy, for both reads and writes.

As these are PCIe 4.0 models, they are intended to be paired with AMD's newest EPYC "Rome" processors, as Intel has not yet embraced the faster bus spec.

This also suggests that PCIe 4.0 SSD models for consumers is not far behind. Samsung has not yet announced anything in that regard, but given that Samsung makes some of the fastest SSDs around, it would be surprising to us if consumer PCIe 4.0 variants did not show up soon.