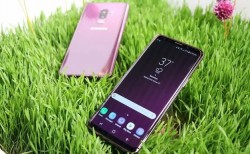 Earlier this month, Samsung issued guidance for Q2 2018, indicating that revenue and profit would be down compared to the previous quarter and that profit would be up slightly for the quarter, year-over-year. Samsung blamed this guidance on soft sales of its premier Galaxy S9 family.

Today, the company released its official results for Q2, and they're right in line with the earlier guidance. Consolidated revenue for the quarter came in at KRW 58.48 trillion ($52.3 billion), which represented a 4 percent drop compared to the same period last year. However, operating profit rose by 6 percent to 14.87 trillion ($13.3 billion).

According to Samsung, the drop in quarterly revenue was primarily "due to softer sales of smartphones and display panels", with the company specifically calling out "slow sales of the Galaxy S9". The Galaxy S9 and S9+ are Samsung's fastest and most feature-packed smartphones to date, so it's a bit disconcerting to see that these flagships haven't caught on like previous iterations. Samsung also blamed the poor showing on the "sluggish premium smartphone market and intensifying competition".

According to a Financial Times report in early July, Galaxy S9 sales are the lowest for any Samsung flagship phone since the Galaxy S3 that was launched way back in 2012.

Samsung thinks that sales will improve during Q3, which is a seasonally strong period for the company. However, it at the same time warns that competition is increasing at a rapid pace, which could put a damper on any gains. Samsung has increasingly been facing pressure from Chinese OEMs like Huawei and Xiaomi, and Apple has a new lineup of iPhones that will debut in September.

Samsung is not without its own counter to these new smartphones though -- the Galaxy Note 9 will launch next month, which the company admits is a bit ahead of the usual rollout schedule for the Note family. This could give Samsung some momentum in the flagship smartphone market and the company notes that it will be made available for a "reasonable price". Throw in the rumored 30-day Fortnite [Android] exclusive, and Samsung could have a winner on its hands.

Looking a bit further out, Samsung says that it also plans to "strengthen price competitiveness and adopt advanced technology" for its mass market smartphones. That could likely be in reference to the in-display fingerprint reader technology that it rumored to be onboard for the upcoming Galaxy S10/S10+ release in early 2019.

"Looking to the future, the Company will continue to reinforce product competitiveness based on hardware leadership, by adopting cutting-edge technology and new form factors and gaining leadership in 5G," Samsung writes.

As for the downturn in displays, the company witnessed a quarter-over-quarter decrease in demand for OLED panels and traditional LCD panels. However, the company is expecting orders to rebound during the second (likely in part due to the launch of the 2018 iPhone X and iPhone X Plus).

That last statement is likely a nod to the upcoming Galaxy X smartphone, which will be a high-end flagship with a folding display to highlight Samsung's technological prowess. However, Huawei is reportedly aimed to steal that limelight with its own folding smartphone.