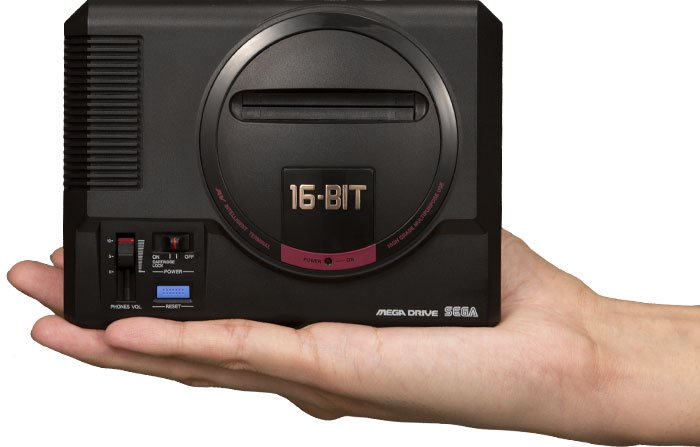 Retro gaming is not only alive and well, it is downright thriving, at least for Nintendo. Others have tried to capture the same magic as the NES Classic and SNES Classic, notably Sony, Commodore, and Atari. We can now add Sega to the list—Sega announced at Sega Fes 2019 that it is launching the Genesis Mini this fall, and for real this time.

Originally, Sega planned to launch the Mega Drive Mini (as it's called overseas) last year in Japan only, which would have basically been a port of the Genesis Flashback HD that AtGames built for the US market. However, Sega later delayed the release to improve the quality.

Fast forward to now and the Mega Drive Mini is back on the roadmap, only now without the participation of AtGames. Sega has taken total charge of the retro reboot, and plans to launch the Mega Drive Mini globally, including in the US, where it presumably will be marketed as the Genesis Mini. That's how we'll refer to it from here on out.

The Genesis Mini will launch with 40 games, including Sonic the Hedgehog 2, Castlevania Bloodlines, Comix Zone, Gunstar Heroes, Powerball, Puyo Puyo 2, Rent-a-Hero, Shining Force, Space Harrier II, Madaou Monogatari, ToeJam & Earl, and Wrestelball. It's not clear if more games can be added later, but we suspect that will not be the case.

As is customary with these retro refreshes, the Genesis Mini will much smaller than the original 16-bit console—small enough to fit in your hand, as depicted above. However, the controllers will be the same size as the original.

In Japan, the system will be offered with one or two controllers bundled in, each with six buttons, while the US version will come with two three-button controllers (it's not clear if there will be a cheaper single controller package as well), according to Kotaku. These will connect via USB. In case you're wondering, the original controllers will not work with the Genesis Mini.

As expected, the console will connect to TVs via HDMI. It will support 720p (HD) and 480p.