Sir Patrick Stewart Announces Free Month Of CBS All Access, Make It So! 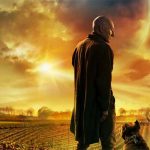 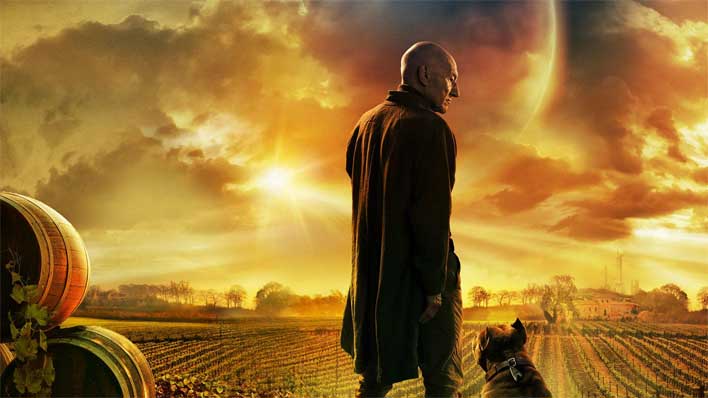 Perhaps the most significant role that Sir Patrick Stewart ever played was the one of Captain Jean-Luc Picard on Star Trek: The Next Generation. That series ran for many years and was among the most popular of all Star Trek franchises. The series spawned multiple movies for the big screen. After many years away from the Star Trek universe, Stewart came back to Start Fleet to rehash his role in Star Trek: Picard that airs on the CBS All Access streaming platform.

Unlike Netflix, the CBS streaming platform releases new episodes of shows weekly. This week, Patrick Stewart tweeted that the season finale of the first season of Picard was happening this Thursday. To celebrate the end of the first season, Stewart tweeted a unique code that would allow fans of the Star Trek universe to watch the series -- and anything else on CBS All Access -- for free through April 23. 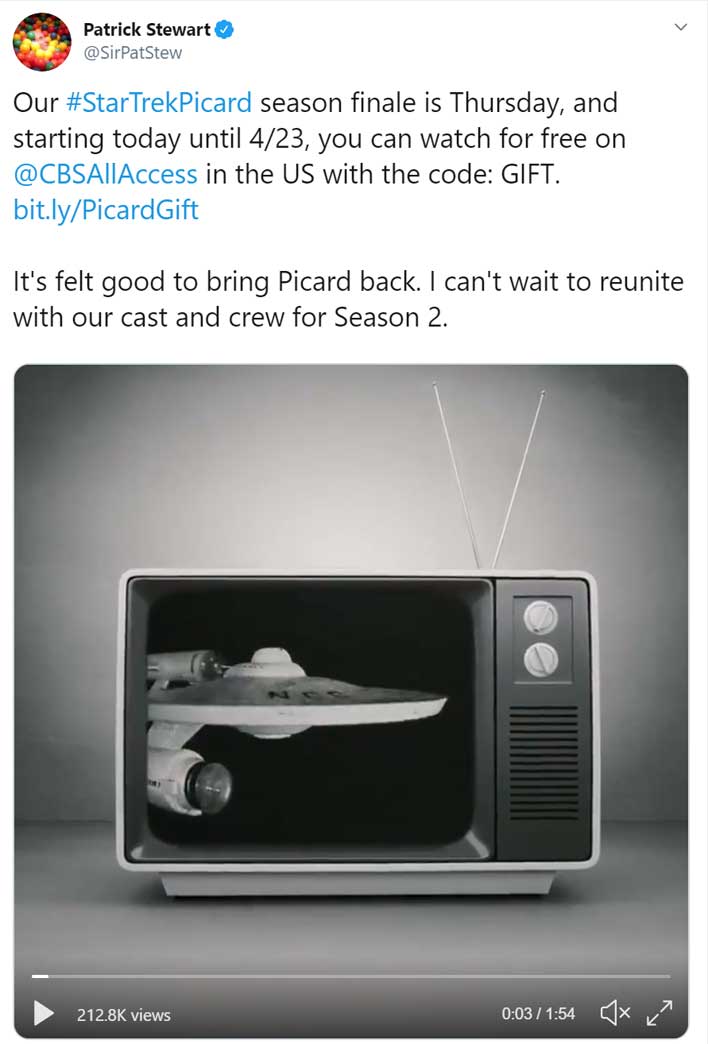 A free code to watch an excellent science fiction series on a streaming platform at a time when people all around the country are stuck at home thanks to coronavirus is definitely welcome. The free code is "GIFT", and you can start watching right away. With the season finale coming up this week, free access through April 23 gives plenty of time to binge the entire first season.

Stewart also tweeted that "it's felt good to bring Picard back." He certainly has aged, but Stewart is still one of the best science fiction actors out there. Fans of the show will be happy to hear that Stewart said he couldn't wait to reunite with the cast and crew for season 2. CBS All Access is one of the many streaming services out there that are pushing cord-cutters to ditch cable and satellite TV altogether. In September 2019, AT&T was looking into selling DirecTV because it was underperforming in the world of cord-cutters.