This entry was posted on February 16, 2020 by gigarefurb. 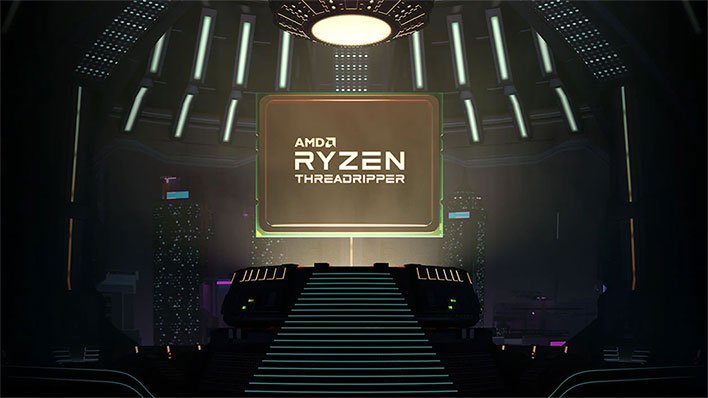 In our testing of AMD's monstrous Ryzen Threadripper 3990X processor, we slapped the beastly high-end desktop (HEDT) chip into an ASUS ROG Zenith II Extreme motherboard, and fired up the latest build of Windows 10 Pro 64-bit, with all updates and patches installed. We saw excellent results. However, a question has been raised of whether it is better to pair the Threadripper 3990X with Windows 10 Enterprise instead of Pro.
Before we get to that, let's talk about the Threadripper 3990X. It's the biggest, baddest consumer CPU in AMD's stable (read: non-EPYC processor). The chip rocks 64 cores and 128 threads, with a 2.9GHz base clock, 4.3GHz max boost clock, and a whopping 256MB of L3 cache (along with 32MB of L2 cache and 4MB of L1 cache). It has a default TDP of 280W.

Simply put, it thrashes multi-threaded workloads like nobody's business and is an excellent choice for heavy duty content creation chores, 3D rendering, and other tasks that benefit from additional cores and threads. But which version of Windows should you pair it with, Enterprise or Pro? That's where things get interesting.

AMD's official recommendation is to use Windows 10 Pro with a Threadripper 3990X. However, this was called into question when the folks at Anandtech saw better performance out of Windows 10 Enterprise. The site surmised that the Windows scheduler in Enterprise is better suited for the massive core and thread counts in the Threadripper 3990X part.

There are a lot of resources at play here. The way it works is, Windows breaks things down into two groups. It sees the first 64 threads as one of those groups, and any number higher than that gets plopped into a second processor group. So in the case of the Threadipper 3990X, Windows sees threads 65 through 128 as a processing group.

Where this comes into play is how applications are developed, and specifically whether they are capable of spanning both groups.

"Now the thing is, Workstation and Enterprise are built with multiple processor groups in mind, whereas Pro is not. This has comes through scheduler adjustments, which aren’t immediately apparent without digging deeper into the finer elements of the design. We saw significant differences in performance," Anandtech notes.

Indeed it did, with the biggest disparity observed in NAMD 3.31 Molecular Dynamics (ApoA1). Going from Windows 10 Pro to Windows 10 Enterprise yielded a significant 98.4 percent improvement. Case closed, right? Well, not so fast.

The folks at Tom's Hardware did not observe the same kind of disparity when switching from Windows 10 Pro to Windows 10 Enterprise. And in a statement provided to the site, AMD held firm that Windows 10 Pro is the recommended OS, while chalking up observations to the contrary as an "error in testing" somewhere along the line.

"AMD officially recommends Windows 10 Professional or Linux for the AMD Ryzen Threadripper 3990X. Higher editions/versions of Windows 10 confer no additional performance or compatibility benefits to the processor. We understand that this suggestion has been made in the media, but we believe this to be an error in testing that our team is presently diagnosing," AMD said.

So, what's really going on then? That's hard to tell. One hypothesis is that the specific version of Windows could be affecting benchmark results one way or the other.

If testing was performed on an older version of Windows than what AMD recommends, it may be throwing off the results. However, it's hard to tell. Both sites are highly reputable, and since we have not performed the same comparison, we're not able to report our own observations. Perhaps that is something we will try when/if we have a spare moment. Until then, we will be keeping an eye on the situation to see if anything further develops on the topic.