Windows 95, 98 And XP Still Power A Majority Of The Pentagon’s Critical Systems 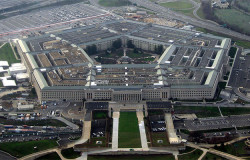 Windows 95 is alive and well in the United States Pentagon. Daryl Haegley, program manager for the Office of the Assistant Secretary of Defense for Energy, Installations and Environment reported at an event hosted by OSIsoft that 75% of the Department of Defense computers Windows XP or older (including Windows 98 and even Windows 95). This information was gathered from fifteen different defense sites within the United States.

Microsoft ended support for Windows XP in 2014, but the Pentagon currently pays Microsoft to continue providing support for the outdated OS. The majority of the computers equipped with Windows XP or older are thankfully not connected to the internet. The computers are nevertheless vulnerable to cyber attacks, especially if they are connected to other computers with internet access.

Haegley is currently working on transitioning all the devices to Windows 10 and pushing for an extension of their bug bounty program. Last spring the Department of Defense released a list 138 vulnerabilities and offered roughly $150,000 USD to bug bounty hunters. Haegley hopes that senior staff within the Pentagon will be supportive of the program. He noted, “The best and brightest could help us get through that”.

As of last spring, the Department of Defense still uses Compass. This system is a command and control system that is used for deliberate and crisis action planning, strategic mobility analysis, and mobilization and deployment movement execution. It runs on a Windows 2008 Server and is programmed in Java. It also uses a 2009 Oracle 11g database. The United States nuclear force still runs on IBM Series/1 computers and uses floppy disks designed in the 1970's to coordinate some of its functions. These operational functions include intercontinental ballistic missiles, nuclear bombers, and tanker support aircraft.