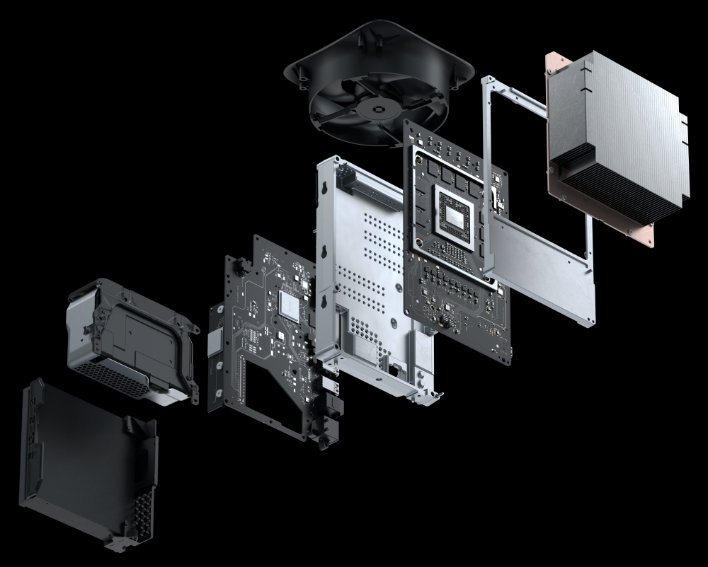 While Sony has been holding things incredibly close to the vest with its PlayStation 5, Microsoft has been very forthcoming with information on its Xbox Series X. Nowhere is that more evident with today's full specs dump on the console, which is packing some very impressive hardware.

Starting off with some of the stuff that we already knew, we're looking at an AMD-based Zen 2 processor design, which feature a total of 8 cores. However, Microsoft today confirms that the custom chip is clocked at 3.8GHz by default, or 3.66GHz if SMT is enabled. The Radeon RDNA 2 GPU is rated at 12 TFLOPs (which was previously announced), but Microsoft is confirming that the GPU is cooked at 1.825GHz with 52 CUs. 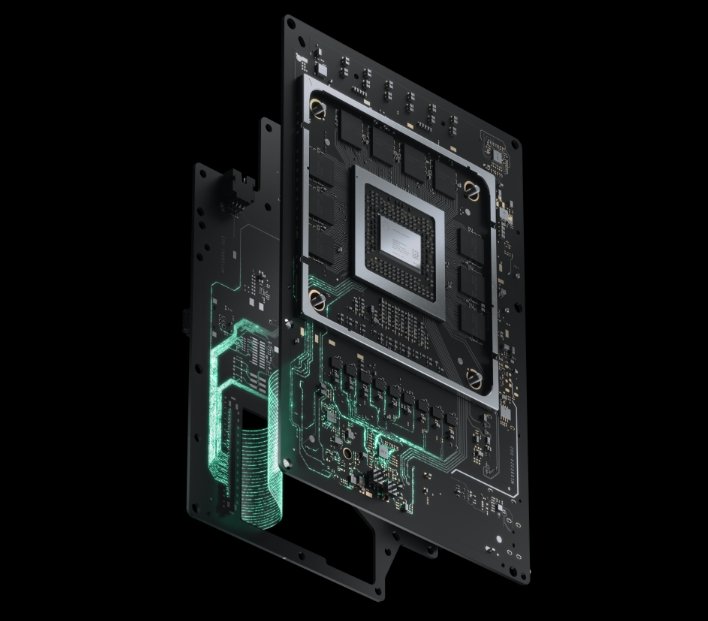 16GB of GDDR6 memory is onboard, split in 10GB (560GB/sec bandwidth) and 6GB (336GB/sec bandwidth) for the CPU and GPU. We're also looking at 1TB of internal storage thanks to a custom NVMe SSD. Although Microsoft doesn't come right out and say it, given the Zen 2-based CPU, we're assuming that this is a PCIe 4.0-based SSD.

Interestingly, Microsoft will allow expandable storage in the form of 1TB expansion cards that will plug into the back of the console. Assuming that these are PCIe-based, they should offer similar performance to the internal SSD. Speaking of the back of the console, we van see two USB 3.2 ports, a GbE port, the expansion slot for the 1TB storage module, and an HDMI port.